It seems that the more time that passes, the further away from home I manage to go. Of course, these stints are rare and exceedingly short but they never cease to challenge my courage or determination. Until recently, really within the last two years, the furthest away from home I’d ever gotten was likely somewhere in Mexico (and I live in Southern California so, in reality, Mexico’s like my backyard…) or maybe in Texas.

Fascinating, am I right?

I attribute my very-possibly-unhealthy obsession with traveling to my parents, who are globe trotters if for no other reason than because someone promised them delicious, delicious wine in other parts of the world. And growing up in vivid world history and striking European history classes certainly didn’t help stem my wide-eyed awe either, especially not with my parents goading me along at home; whispering in my ear about how big and impressive the rest of the world is if only you carve out a chance for yourself to go see it.

About a year ago I was at a big event with lots of people from across the world. For the first time I felt “worldly” which was a hitherto indescribable feeling to me, but it was intoxicating to speak with people from the U.K., France, Germany, and Italy about their views and experiences and opinions. That was when it hit me, when the resolve to visit at least some of these places smacked into me like an truck, and I began plotting what is still, five months later, the furthest away from home that I’ve ever gone.

In my opinion the worst part about traveling is the planning. I had to plan for hotels, for transportation in the cities, for meals, for transportation between the cities, for costs of all the touristy activities, planning for getting to and from the airports, etc, etc, etc, until my brain wanted to explode and I nearly didn’t want to go anymore. And the planning persists even after you’ve gotten where you’re going because being somewhere you aren’t native to is the basest definition of uncertainty.

Despite the mind-numbing process of buying plane tickets and making hotel reservations and vainly squabbling to plan for a thousand seen and unforeseen variables, I got to London which was where I spent five wonderful, amazing days exploiting arguably one of the most impressive cities in the world. For five woefully short days, I was the furthest from home that I’d ever been. 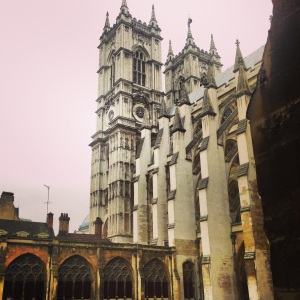 Then I went to France.

France was paradoxically easy and hard. I don’t speak a lick of French, but memorized “Parle vous angle?” for all the tough spots. Luckily, I spent the first four days with my aunt in Orleans, which made visiting significantly easier. Almost all of my favorite photos are from France, especially this one of Chateau Chambord. 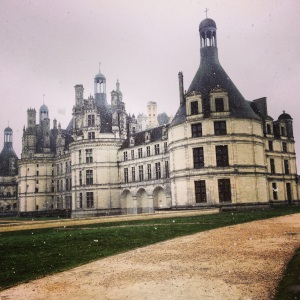 Or this one take from the second story of the the Louvre.

All too late came the realization that, in France, I was the furthest from home that I had ever been. Oddly enough, it didn’t feel like I didn’t belong there. Certainly, I felt like a visitor, a status that was magnified by the language barrier. But in a very bohemian, very hippy sense, it really felt like my world too. I had, after all, put in the effort to get to Western Europe from Southern California (that time change is a bitch, by the way) and the world had become my playground.

Coming back wasn’t nearly as terrible as I thought it would be. Traveling, as amazing as it is, has the strange effect of reminding a person how much they love and appreciate whatever place is lucky enough to be home. After two weeks of being the furthest away from home that I’d ever been, I felt ready to be home. That’s one of the best benefits of being worldly, of traveling abroad far from home—you simultaneously appreciate where you are and where you came from.

Eventually, I suspect, it won’t matter how far away I go. One day I’ll step on that dot that marks the furthest away from home that it’s possible to get (which, incidentally for anyone in the continental United States, would be somewhere in the middle of the Indian Ocean) and, I have no doubt, I’ll be thinking of home as I do it. I suspect that the love of traveling, and being away from home, is more of a peculiar state of mind than anything else, but until I can close my eyes and wish myself back to Paris in an instant—I guess I’ll have to keep chugging along.